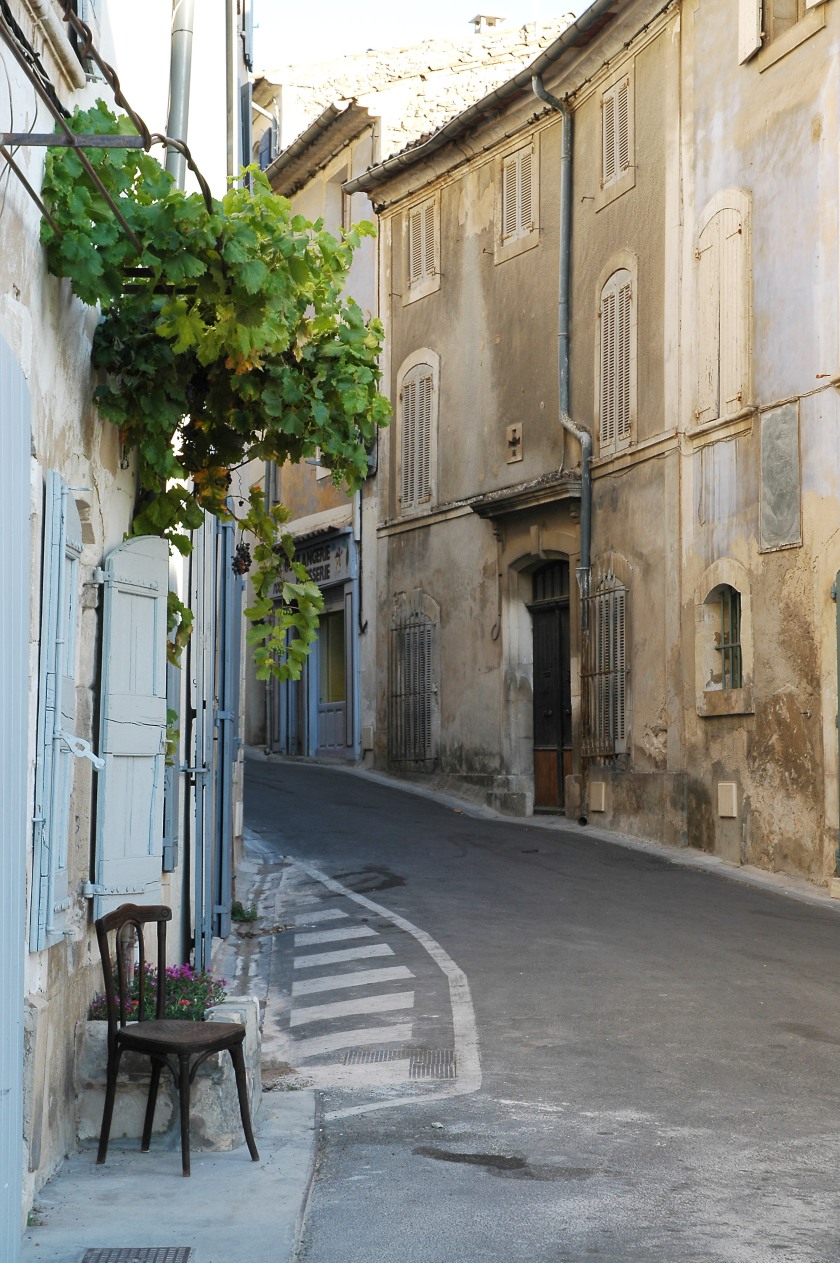 One night, when my husband and I first visited Paris, we left our hotel to look for a place to eat. Unfortunately, the restaurants and cafes along Boulevard Montparnasse were all full, as were the restaurants on most of the side streets. After walking in circles for an hour we finally gave up and began the long walk back to our bed and the half-eaten baguette next to the TV.

As we walked, I complained. “How is it,” I said, “that in Paris of all places, we can’t find a place to eat?” This was rhetorical, of course, so my husband ignored my question, muttering something about finding a shortcut.

After a long series of wrong turns, we found an alley where we could see the boulevard at the opposite end, and beyond that, our hotel. We walked quickly, anxious for the night to end. Before we reached the boulevard, however, we saw an old man coming out of a doorway. Through a window next to the door we saw a woman eating by candlelight. There was no sign, no posted menu. Even so, we decided to give it a try.

Inside, the room was so dim we could hardly see. When our eyes adjusted to the dark we saw that although this was obviously a restaurant, it looked nothing like any we’d seen in the city. It was as if we’d walked through a door straight into the seventeenth century. The furniture was plain, the walls bare. There were no tourists, no Parisians drinking Sancerre, talking animatedly about this or that. Here, everyone was quiet, most of them dressed in clothes that seemed more suited to the countryside than a city like Paris. A few of them glanced our way—as we were clearly out of place—but most ignored us, intent on eating their dinners.

After a few minutes a young girl approached, saying something to us in a thick French dialect. She pointed towards a table at the back of the room. After we were seated she brought us two glasses of cider, which neither of us had asked for, then disappeared.

“She forgot to give us menus,” I said. My husband, clearly happy to be off his feet, didn’t seem concerned. He took a sip of his drink.

“This is really good,” he said.

Shortly, the girl returned with two plates of food, food obviously meant for someone else.

“Galette au fromage,” she said, and turned to leave.

I tried to keep her at the table, using the few French words that I knew. “Mademoiselle, s’il vous plaît?”

“We didn’t order this,” I said in English, hoping she would understand, but she just shrugged and turned away. I was exhausted, ready to stand up and leave, but then I looked at my husband. He already had a mouthful of food and was pointing at my plate.

“A galette,” he said. “Buckwheat, I think. It’s fantastic.” When, I wondered, had my husband become such an expert on food?

“I heard that, but it’s not what we ordered.”

The galette looked like a large pancake, light brown and crisp around the edges. I cut into it with my fork. It was filled with mushrooms, ham, and melted cheese. I took a bite.

“Oh, my God,” I said. A pancake filled with cheese. How wonderfully French, I thought. Suddenly, everything about this odd little place was perfect. In fact, I couldn’t imagine anything more perfect in all of France.

Later, we learned that we had been dining with a room full of expats. Not expats, specifically, because they were still technically French, but Bretons living in Paris. This was a place where people far from home, felt at home. There was no need for a sign, no need for menus. People came to eat whatever the kitchen was serving: crepes, galettes, fish stew, fresh mussels and oysters, food that reminded them of home, of Brittany. As indifferent as the other diners seemed, we felt comfortable here. We felt like visitors in someone’s home, in this tiny alleyway in Paris, in a restaurant no one would ever find in a guidebook.

And we had stumbled across it entirely by accident.

After we finished our dinner the girl brought dessert crepes, like the ones offered by street vendors all over Paris, only better.

“Sucre et le buerre,” she said. This we understood. Sugar, and butter.

Sandy Ebner lives and writes in Northern California. Her work has been published or is forthcoming in Connotation Press: An Online Artifact, Dead Mule School of Southern Literature, The Doctor T.J. Eckleburg Review, the HerStories/ My Other Ex anthology, and other publications. She holds a bachelors degree in journalism from California State University, and is an alumna of the Community of Writers at Squaw Valley. She previously served as the creative nonfiction editor at MadHat Lit and MadHat Annual (Mad Hatter’s Review), and is working on her first novel.

Send us your love letters to Paris (and beyond). You’ll find our guidelines here.