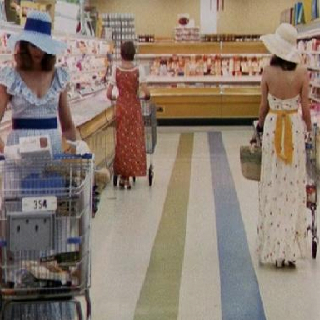 There once was a town named Oak Alley. Populated almost exclusively with “one-percenters, (long before anyone ever heard of such a thing), Oak Alley was a town filled with perfectly behaved dogs, gurgling babies in strollers, and pretty people who strolled its tree-lined streets at a leisurely pace, all of them with a BMI of 25 or less. They sipped lattes during their mani-pedis, and drank Chardonnay from their children’s sippy cups at afternoon soccer games. 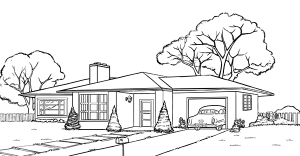 Democrats in Oak Alley kept their opinions to themselves. Most of the people there were, as you might expect, fully locked and loaded, armed against the huddled masses who, they were sure, would come for them eventually. The residents who weren’t wealthy—and there were more of these than you might think—wrote checks against funds they didn’t have, in a futile attempt to keep up with their neighbors. They did this, of course, until they couldn’t. And then they quietly disappeared.

There was a girl who lived in Oak Alley, with her husband and her dog, in a ranch house much like the one she grew up in, at a time long ago when there was such a thing as “The Middle Class.” She loved both of them dearly, and suspected they were the only ones keeping her sane. Her house, worth upwards of $1 million dollars no matter what its condition, was the envy of everyone who didn’t live in Oak Alley. It was not the envy of those who did, however, because, sadly, it wasn’t “move-in ready,” although people who visited often said, “but just look at that view!”

One day, when things like this still bothered her, the girl remembered something from long ago, something called “perspective.” She had always known what that was but had somehow forgotten, having been surrounded by enormous wealth for so long it had addled her brain.  She remembered that because things were hidden didn’t mean they weren’t real. There was alcoholism in Oak Alley (oh my, yes), drug abuse, domestic violence, and terminal illness. There was depression, lots and lots of depression.

Some of these things had to touch the girl personally before she began to face reality. Once they did, things that used to upset her didn’t seem to matter much. The fact that her roof leaked, her lawn was dead, or that her house still had the original aluminum windows installed in the 1970s (!). None of that mattered anymore, and she wondered why it ever had. She began to avoid doing laundry, and cleaning house, so she could do things she would much rather do, like read a book or watch Masterpiece Mystery. And, to her great surprise, nothing happened. The earth didn’t tilt on its axis. The time-space continuum remained relative. Everything remained exactly the same. Except for her perspective.

Sandy Ebner lives and writes in Northern California. Her work has been published or is forthcoming in Connotation Press: An Online Artifact, Dead Mule School of Southern Literature, The Doctor T.J. Eckleburg Review, the HerStories/ My Other Ex anthology, and other publications. She holds a bachelor’s degree in journalism from California State University, and is an alumna of the Community of Writers at Squaw Valley. She previously served as the creative nonfiction editor at MadHat Lit and MadHat Annual (Mad Hatter’s Review), and is working on her first novel.