We are gathering in airports and public parks. Recently, we marched together in cities and towns in red states and blue states and foreign nations. We’ve been making signs, knitting hats, posting, tweeting, calling, and writing postcards. We’re organizing and strategizing.

I have just one more request, and it won’t take a lot of your time.

Stop saying “the next four years.”

Yes, the election is over. The inauguration is over. Trump has taken steps to eviscerate the Affordable Care Act, to revive Keystone XL, deny safe haven to refugees, and start building a wall.

It’s horrifying, and we have to do everything we can to stop him. And I believe we will succeed.

That’s exactly what happened in 1972, when Richard Nixon was re-elected just as the Watergate scandal was starting to break.

Trump, of course, won nowhere near that kind of landslide. He got only 306 electoral votes, 30 states (plus 1 Maine electoral vote) and only 46% of the popular vote. But, like Nixon, he has a scandal shadowing him. In fact, he has more than one scandal hanging over him. What role did Putin play in his election? How huge are his conflicts of interest and his constitutional “emoluments” violations? And what will we learn from his tax returns when he is finally forced to show them to us?

Despite Nixon’s overwhelming electoral victory in his second term, he was forced to resign less than two years later to avoid impeachment. And the inaugural protests that met Nixon pale alongside the protests that have greeted Trump. The Women’s Marches alone were stunning in their size and dignity, but the spontaneous events at airports this weekend and the more than 100 #writersresist events the weekend before the inauguration, and over 500 theaters took part in The Ghostlight Project the night before the inauguration to pledge to defend the civil liberties of all.

Yet whenever I say I don’t think Trump will be our president for four years, my progressive friends shake their heads and say Pence will not be much better.

But here’s the thing: Spiro Agnew, Nixon’s original vice-president, had to resign before a year into his term because of bribery scandals, and Gerald Ford, Nixon’s successor, was forced to abandon Nixon’s war in Vietnam less than nine months after Nixon’s resignation.

So friends, let’s keep marching. Let’s keep organizing, strategizing, occupying, writing, petitioning, donating, posting, and tweeting. But please stop saying “the next four years.” There has been no landslide, Trump’s popularity is low, the protests are the strongest in history, and the smoke is getting thicker. 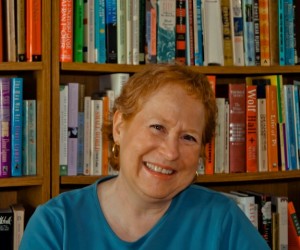