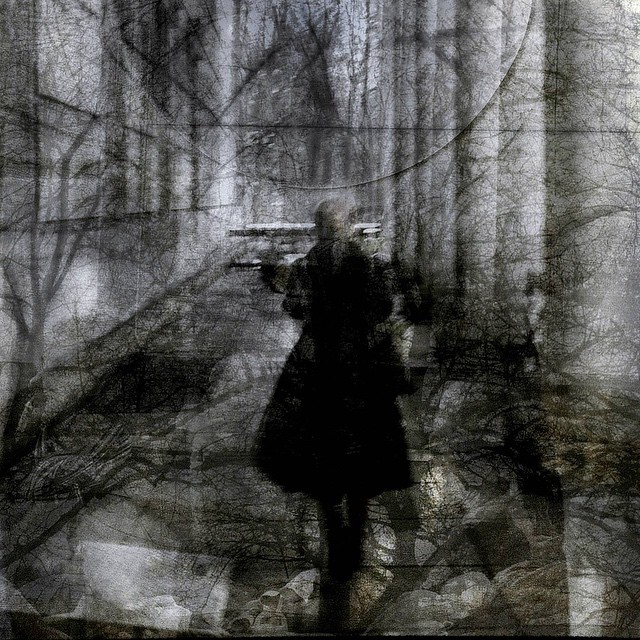 Dear Petrov is a series of flash fictions, five of which were published here at Change Seven in Issue 1.2. The series began as a single story written during this last bitter winter, or perhaps the winter before. I tend to lose track of time. And I write best during winter when the distractions of the outdoors are less, so what comes to me in the form of the outdoors are my distorted memory-perceptions.

Dear Petrov is all about love. Because only love has sustained us as a continuing human race, and only love will save the planet. Yes, I’m a child of the sixties.

Dear Petrov is a love story that merges with this land and its specific plant life, the climate, food and drink, bodies of water. It aligns with what is and what is not available to the female protagonist. It’s also about deep fear and uncertainty. Petrov is part of some army, and so he comes and goes in a rather random manner. She is never sure about anything in terms of Petrov.

Uncertainty might be the 4th character, because it stands so solidly in each story. If there is a moment of certainty, it quickly dissolves into some form of disaster or despair.

Dear Petrov is universal. We live in a time of great uncertainty. Most of the world spins on uncertainty. People are fearful and become aggressive as a result. It’s a vicious wheel, and one that is difficult to jump off once you’ve been set into motion.

Petrov is firmly on the wheel. He feels comfortable there. He wears heavy leather boots thickly encrusted with dirt. He carries a weapon. While our female protagonist avoids the wheel because she still carries a load of hope under her crinoline hoop skirts. She desires Petrov above all else, despite that he mostly stays away. Blame it on the army. Or, the man.

Dear Petrov is a compilation of approximately 40 stories at the moment. It will go on until it ceases to be an organic structure. Many have been published in literary magazines both online and in print. I write them when they call out to me.

Susan Tepper is the author of five published books of fiction and poetry. Her current title The Merrill Diaries (Pure Slush Books, 2013) is a novel in stories. Tepper is second place winner at storySouth Million Writers’ Award for this year. Let’s Talk is her monthly column at Black Heart Magazine, and she hosts FIZZ, a reading series at KGB Bar, NYC. Her new book, a zany road novel, is due out this year.