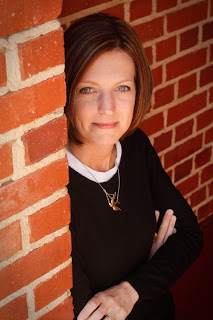 I have a lot of sympathy for lead. In the days of alchemy, it was considered a base metal and, for many years, everyone in the world—and I mean, every last person alive–strove to find a way to transform it into gold. This was before we understood the elementness of elements, that despite all the seemingly magical transformations we see everyday, one substance cannot, in most cases, magically be turned into another.

I am trying, with one of my stories-in-progress, to follow, as strictly as I can, Ron Carlson’s advice in his wonderful book, Ron Carlson Writes a Story. Perhaps the most important lesson I am learning here pertains to what he calls the inventory of a story. He takes each sentence as it comes and checks for the things the sentence provides. A ruined mattress falls off the back of his character’s truck on his way to the county dump, and Ron Carlson rubs his hands together. This ruined mattress is the something he will use to get to the next sentence.

There’s a revolution looming on Poggely. Yes. Their leader is a former earthling, a has-been race-car driver. Yes, and…

This requires a kind of leaping. A kind of faith. You have to believe: our imagination will provide. The story will provide.

My character has just turned her coffee mug around in her hands. She is standing in her kitchen early in the morning, listening to hear if her husband, who is suffering bouts of invisibility, is there. Too often, maybe, I find I have a character standing alone or nearly alone—might as well be alone—in her kitchen early in the morning turning a coffee cup around in her hands. She takes a sip. It’s a throwaway gesture, the whole coffee cup thing. I should toss it out immediately. Or, hurry past to something else, knowing full well I will have to go back, maybe during revision, and replace that gesture for something else, something more original, something more, I don’t know, literary. Something important and brilliant and simple.

Except, because I am approaching this story both with Ron Carlson’s sense of inventory and sentence-to-sentence survival, and because I am trying to be a bit more yes, and, not only about this story, but about the snowy forecast—weather I loathe—and about my living in an apartment forty minutes away from every last one of my children’s activities so that I feel like all I am doing these days is driving and folding laundry and trying to start a whole new career(s) while I am executing, with less and less grace, I fear, the job I currently have, and about my upcoming birthday and a meeting I have to attend next week with my husband from whom I am separated (hence the inconvenient apartment) and about the spilled olive oil on the kitchen counter and, have I mentioned this horrible, cold, isolating weather?–I let my character have her gesture.

I feel bad for the sentence in the same way I feel bad for lead. Heavy, poisonous, unglamorous lead. Lead that only knows how to be lead. Unloved lead. Earnest lead, trying.

But then, my character’s ho-hum gesture begins to speak:

It was a kind of ritual she had begun without noticing, and now, it was how she had to drink her coffee. First, she had to feel the warmth through the mug on the palms of her hands. She drank in its feel and its smell before putting it to her lips.

Still not wonderful or anything, but these three sentences do what Ron Carlson says they are supposed to do at this stage: they are keeping me in the room.

And then, a few paragraphs later:

Mary did not immediately move to begin the work of helping him. She took the first sip of her coffee, closing her eyes at that simple pleasure. Sometimes she dreamed of another kind of life where she could do this, just let every little activity, every pidly chore and small pleasure, fill up each moment. Give every little thing the time it wanted.

And now, my character is not helping her invisible husband, even though he needs her. She has forsaken him for her coffee, and now, now, we have something.

Or, in the very least, the story, sentence by sentence, is keeping me in the room.

As much as I kind of hate the alchemists for what they did to lead—working so hard to make it something else, cruelly asserting, again and again, lead’s uselessness; they literally wished it away—I understand the impulse. We all want gold because the value of gold is easy. You don’t have to strain to see it and you don’t have to explain its worth to the world around you.

But, if we are writers, if we are people alive inside our own lives, our job is to take the blob of matter in front of us and not wish it away. Neither can we pretend it’s not there or hope we’ve mislabeled it. We have to sit with it, watch it. Maybe nudge it a little: what will it do? This is a step beyond the oft-repeated imperative to make the best of things. This is not simply making do, although sometimes, when we are heart-weary, making do is all we have. But what I am talking about here is something more. What I’m talking about here is loving the lead.

“Tell me,” poet Mary Oliver asks, “what is it you plan to do with your one wild and precious life?”

Susan Woodring is the author of the novel, Goliath (St. Martin’s Press, 2012) and a short story collection, Springtime on Mars (Press 53, 2008).  Her short fiction has appeared in The Cupboard, Passages North, turnrow, Literary Mama and Surreal South, among other anthologies and literary magazines. Her short fiction was shortlisted for Best American Non-Required Reading 2008 and Best American Short Stories 2010. Susan currently lives in the foothills of North Carolina where she writes and homeschools her two children.

Read All Columns by Susan Woodring

Read More Work by This Author