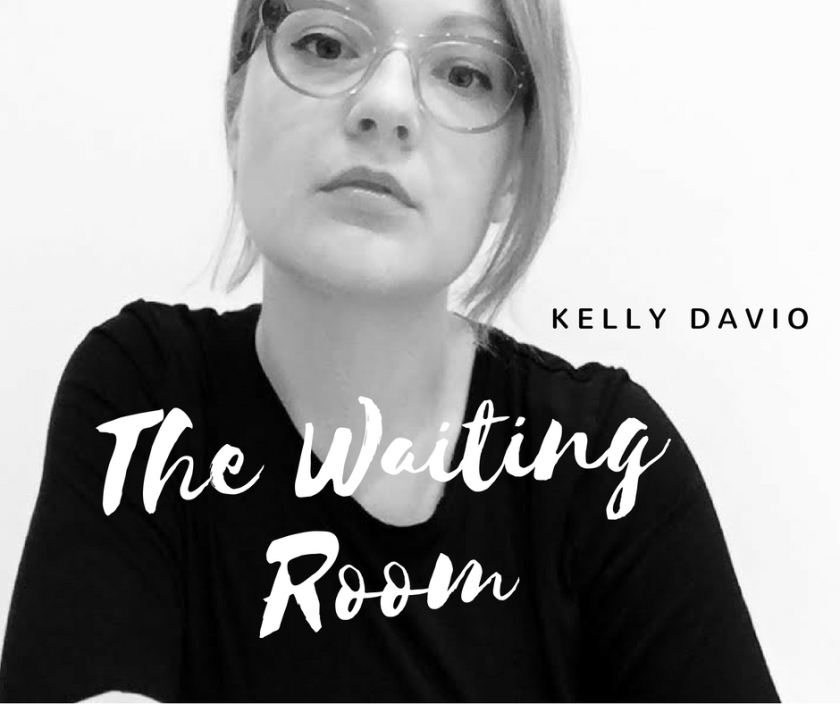 Open the nearest paperback, crack it open, and take a good, deep whiff. Nice, right? I’m not going to tell you how many dust mites and fruiting bodies you probably just hoovered into your sinus cavity. That would ruin whatever enjoyment you just got out of that dose of musty old book smell. It’s one of those weird pleasures—like packed earth after rain—that a lot of people just can’t get enough of.

I used to feel the same way about that smell. I’m about as big a book lover as you could possibly meet; I make my living as an editor for a British publishing company, run a literary magazine on the side, and have, so far, published one book of my own. When I moved to England last year, the bulk of what I brought with me was books—and those were only the books I thought I would desperately need. If you told me that the afterlife would involve being cryogenically suspended in a tank with the text of books projected on a gel medium that I could read for eternity, I’d be thrilled. You get the idea—my life revolves around the written word.

Yet those piles of hardcovers and dog-eared paperbacks heaped around my home are getting dustier and funkier all the time; a fat copy of Marlon James’s A Brief History of Seven Killings has lived on my nightstand for the better part of a year now, but every time I settle in for a long read, I make it through about four paragraphs at best. I lay the book back down on the table beside me, wait a few days or weeks, then start the effort again. Yet I never make much progress at all; I can’t make out the words.

Like most people who have myasthenia gravis, I often experience double vision. The outlines of objects in my view may be slightly blurred, or I may see two distinct images of the same thing. There’s nothing wrong with my eyes themselves, but rather with what holds them in place; my muscles are too weak to keep my vision in focus. Even on days when I don’t see double, one or the other of my eyes may droop or even close entirely. Trying to read tiny print on pulp paper can feel like watching a silent film through a keyhole—I can see only by glimpses and flickers, floating images of black-on-white.

As you might imagine, my eyes have had an impact on the way I go about my editing and writing life. Some people like me resort to double-sided tape or even to surgical stitches to hold their eyelids up and help them to see, but neither seems like a particularly appealing solution to me. Instead, I manage my day job with the help of a massive computer monitor—the sort of thing on which a NASA engineer could no doubt plot a mars mission in vivid detail—on which I amplify each document I’m working on by orders of magnitude. A colleague likes to joke that he can tell which documents I’ve worked on because they’re all scaled to 400%. While that may be an exaggeration, it’s only a slight one.

We get by, my giant documents and I, with our towering letters floating against the white page. Yet at each day’s end, when all I want is to read a good novel for the pure pleasure of it, the text of the books stacked in my To Be Read pile is sometimes as inaccessible to me as cuneiform.

Enter the greatest gift that technology has given to book lovers: the ereader. When I tried eBooks in lieu of paperbacks, I was hooked: I could adjust the size of the text to my giant specifications, change the font to something easier to track, and play with the brightness level on the screen until I found what was best for my tricky little muscles. As much as I always enjoyed the tactile experience of a paper book, I wouldn’t hesitate to trade my entire collection of physical books in for digital versions; eBooks have given reading back to me. If being able to read again means learning to love the smell of tempered glass, then I’m game.

But eBooks have also given me something else: plenty of belittling by strangers. To talk openly with other bookish folks about my love of eBooks is practically to wear a sign saying “I would like to hear a public referendum on why my choices are terrible.” Even when I explain in clear terms that I can’t always see the print in hard copy, people have told me that I’m just not reading “real” books, and that I’m part of some sort of global problem with low attention spans and so-called “addictions” to tech. I don’t even bother with any “The Future of Publishing” talks at writers’ conferences anymore—it’s inevitably a panel of New Yorkers dressed in funeral black and muttering that “we just don’t know what’s going to happen with all these eBooks.”

Even online media outlets—ironically, given their digital DNA—get into eBook-related scolding with flimsy studies and convenient theories: “Hard copy books are just more pleasant to read,” The Washington Post wants us to know. And, of course, we can’t get away from that all-important feature of smell in the appreciation of literature: physical books “look and smell good,” according to CBS News. (Thanks for those tips, journalists.)

What’s behind this anti-eBook snobbery, anyway? And why are people spilling so much ink in defense of hard copy when eBooks (not to mention many other technologies, such as screen readers) have made reading accessible again for a number of people—like me—who would otherwise be shut out from contemporary literature?

I suppose there’s the usual pettiness involved: it’s the same impulse that makes us battle it out over the right way to squeeze a tube of toothpaste or make sweeping judgments over whether leggings can be worn as pants (they can). Yet I think there’s something else—something worse—at work: the assumption that there’s a default mode of living, and that that mode is firmly centered on what the “normal” person is capable of doing.

That assumption’s there in the way we regard the person who circles the lot so that she can park her car closest to the door (Can’t she walk a few extra feet?). It’s there in the side-eye we cast at the man riding a scooter in the grocery store, silently sizing him up (He’s probably just lazy). It’s there in the perky little posters on elevator doors encouraging us to take the stairs instead (It’s healthy!).

It’s there, too, in the casually barbed language so often used in criticizing others. How often do we read that someone is “blind” to facts, “deaf” to tone, “lame” in behavior, “crippled” by fear, or “paralyzed” by doubt? Even our metaphors are steeped in the ridicule of people who don’t fit an entrenched view of normality.

And that, friends, is ableism: the notion that the able body is the right body, and that the disabled body is an aberration. It’s the view that life in a disabled body isn’t simply a different kind of life, but that it’s a lesser one.

To some people, ableism doesn’t seem like that big of a problem; at times, when I’ve pointed out rude language or hurtful actions, I’ve been asked whether I’m not just looking for something to be offended by, as though offence were a nice side-table I’ve been searching for to complement my sofa. How could a few ugly looks or careless remarks really impact anybody’s life?

To ask such questions, though, is to approach the problem from the wrong end entirely. Rude language and antisocial behavior are ableism’s mildewy stink—not the worst of the decay itself. At the deep and rotting core, the idea that able bodies are better bodies has consequences that are as tangible as they are serious. Consider the US government’s allowance of a sub-minimum wage for disabled workers (contributing, unsurprisingly, to an astronomical rate of poverty among the disabled), the withholding of appropriate medical treatment from people considered unworthy of expensive care (as when Amelia Rivera, a three-year-old, was denied a medically appropriate kidney transplant because of her Wolf-Hirschhorn syndrome), and even to state-sanctioned murder (as when 12-year-old Tracy Latimer, who had cerebral palsy, was murdered by her overwhelmed father, Robert Latimer, who pumped exhaust into the cab of his Chevy truck and looked on as Tracy died of carbon monoxide poisoning. Canadian courts exempted Robert from typical sentencing guidelines because the crime, as they viewed it, was committed for “caring and altruistic reasons”).

So, no. Somebody making snide remarks about why I shouldn’t be reading eBooks—even when I’ve made it clear that those books are pretty much all I’ve got—aren’t going to kill me. But the attitude that makes those remarks seem okay? That attitude does kill.

None of this is to say that anyone should give up their stinky old books. I hope that people enjoy them, sniffing until they’re sneezing with glee. But I also hope that they’ll think twice before putting down those who get the same thrill from tempered glass.

Kelly Davio is the Poetry Editor of Tahoma Literary Review. She is the author of the poetry collection Burn This House (Red Hen Press, 2013) and the co-editor of the anthology The Poet’s Quest for God. Her work appears in venues including The Rumpus, The Nervous Breakdown, Best New Poets, and more.