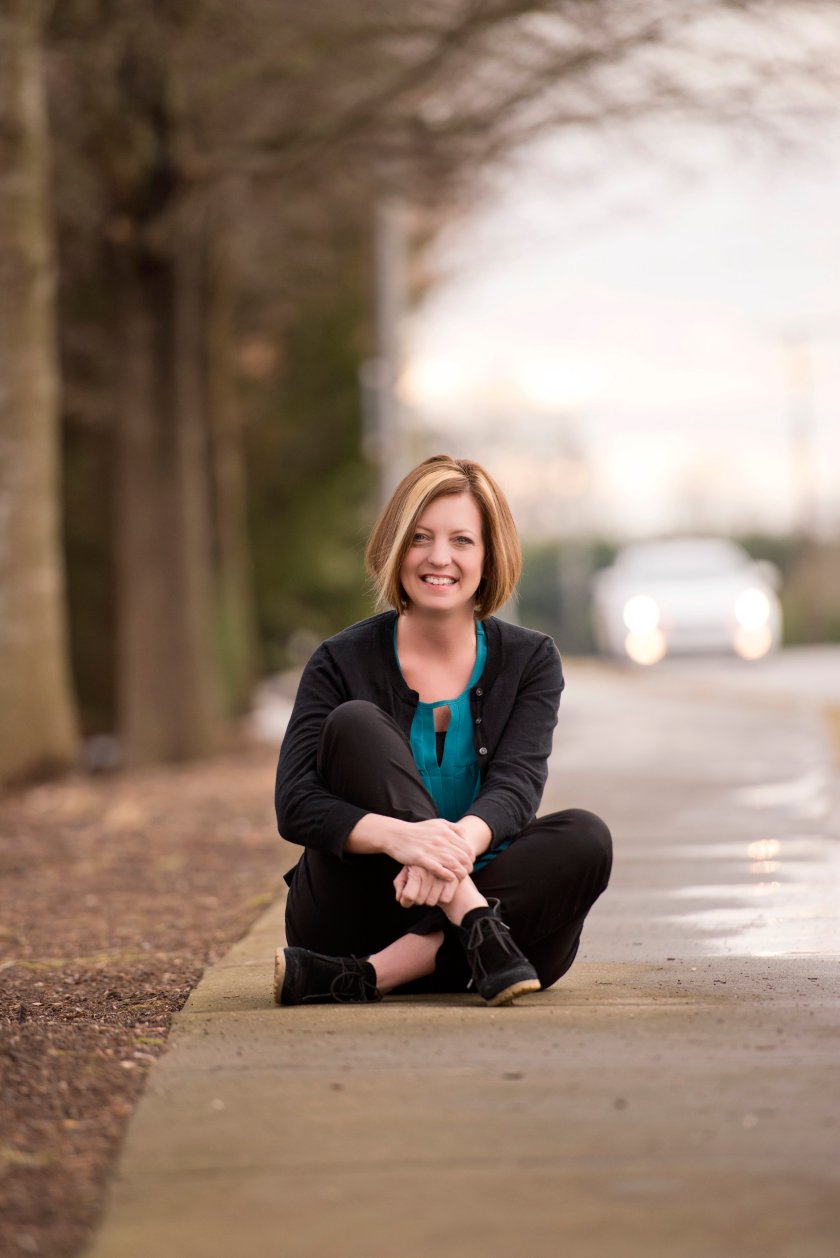 Many months ago, I helped my mother-in-law heft a giant purple suitcase down two flights of stairs at her apartment complex at four o’clock in the morning. The suitcase was hardside, iridescent purple, spaceship-like. My mother-in-law is on the young side of sixty, blonde and cute. She wears high heels and short skirts and has a little piece of blue in her left eye that seems to break free and sort of shine alone when light hits it a certain way. Loading her suitcase into the trunk of my Honda feels like we’re tucking a little car inside a larger one. A nesting doll of vehicles. She is going on a Caribbean cruise but is uncertain about how to go about parking on her own at the airport. Dropping her off is the least I can do, though; I’ve been living with her, rent free, for over a month.

And, I love being out in the world during a time when I’m normally closed up inside. During a time that’s otherwise lost to sleep. Returning, I see a star fall over the interstate. A gift.

I have big plans for the weekend myself. The following night, I’m off for my first ever karaoke night. I am going with one of my closest writing pals and my Sunday school teacher. I sing three songs, all man-bashing songs—an amateur’s mistake. Karaoke, I’ve since realized, should be all about the love.

At my next karaoke outing, not quite two weeks ago, I go with another writing pal, and this time, I sing “Hold On,” by Wilson Phillips. I’d heard this song performed a few years ago at a wedding whose bride, a good friend, had suddenly, unexpectedly lost her twenty-three-year-old daughter. She died in her sleep, the cause unknown, just three days before the wedding. Several weeks later, I posted a link to the video on my friend’s Facebook timeline and told her that the next time our little group is at the beach together, we’ll put on black dresses and red lipstick and sit around on the sand, singing this song.

Tonight, at karaoke, my writing friend takes the stage with me, and a man dressed in a silver spacesuit—for his own number, a David Bowie song—dances behind me. I love this about karaoke, how it turns strangers into background dancers. How it makes perfect sense for me, in my early forties, to sing a song that was popular when I was in elementary school while a crowd of twenty- and thirty-somethings, who may have never even heard this song, who don’t know about my friend’s daughter’s sudden death, or about my living with my mother-in-law while I tried to sort out my heart’s greatest troubles, just cheer me on. They cheer for me, my friend sings with me, and the spaceman dances.

I have another friend, a talented songwriter and musician, who wants to teach me how to sing. He says he used to be a non-singer, just like me. He saves me fortune cookie fortunes. The ones he thinks fit me. The ones I need. The last one he gave me read: Struggle as hard as you can for whatever you believe in.

I saw my first shooting star many years ago. I was in high school, and I wasn’t even sure such things truly existed. Or, if they did exist, they were not what they sounded like. A shooting star. A falling star. These were impossibilities.

It was a youth group camping trip and though we had tents, my two friends and I arranged our sleeping bags around the dying campfire. We wanted to watch the sky as we drifted off to sleep. My friends were boys, and our situation may have been considered a love triangle—it had three parts—but none of the pieces connected. It didn’t make a shape. I liked one of them, who didn’t like me back, and the other liked me, and I didn’t like him back. Still, we were friends. We lay outside that night, talking, and a star fell. Only the boy I liked and I saw it; our other friend was sleeping. It made me like the boy more, of course. But it also was more than that. It was okay, in that moment, that he didn’t like me. That we were just friends. It was enough, what we were, what I was. A girl watching the sky, so near this boy, my crush, the sky black and endless above us. Me, in this moment, witnessing this beautiful, fleeting thing. A thing I almost could talk myself out of believing, later, when it was over. The next morning, when my back was sore from lying on the hard dirt all night, when dew covered my hair and made me cold. It was a thing I can only hold onto, now, if I fight that temptation. The temptation not to believe in the magical and true, the small impossibilities. What’s too beautiful and simple to be real.

Susan Woodring is the author of the novel, Goliath (St. Martin’s Press, 2012) and a short story collection, Springtime on Mars (Press 53, 2008).  Her short fiction has appeared in The Cupboard, Passages North, turnrow, Literary Mama and Surreal South, among other anthologies and literary magazines. Her short fiction was shortlisted for Best American Non-Required Reading 2008 and Best American Short Stories 2010. Susan currently lives in the foothills of North Carolina where she writes and homeschools her two children.

Read More Work by This Author

Feel like weighing in? Get the conversation started by posting your thoughts in the comments section below.