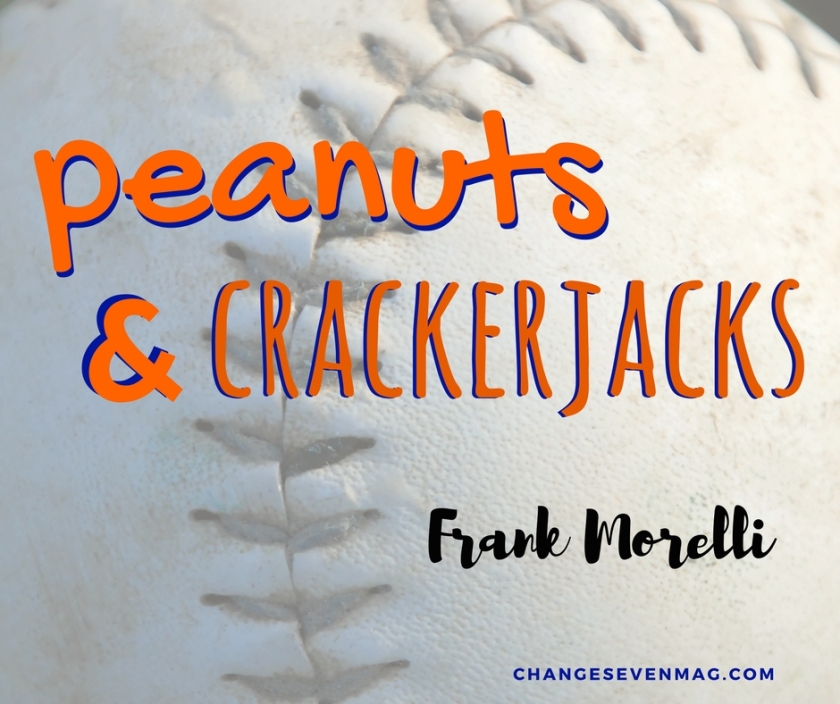 One of my favorite musical artists of all time is Stevie Wonder. His album, Innervisions, ranks close to the top of a list I’ve tentatively headed: Perfection. But, as a sports fan and a human in general, I’ve always been baffled by a single line from one of Stevie’s most famous songs, “Superstition”. He writes, “When you believe in things that you don’t understand then you suffer.”

For the longest time I thought there was a whole lot of truth to this statement. But then I remembered, one-by-one, all of the bizarre traditions that have risen out of the human need to explain the merits of “good” versus “bad” fortune.

I remembered how the muscles in my face contorted into a mask of confusion the first time I saw a Detroit Red Wings fan heave a limp octopus on the ice during a Stanley Cup game, and how I can’t resist the urge to grow a mountaineer-style beard every April when the NHL enters its second season. I thought about the stench of Serena Williams’ Wimbledon socks and of the accumulated pit stains on every middle schooler’s uniform in the history of sports–all worn by athletes who wouldn’t dare wash the magic from their winning streaks. I pictured the molasses-thick grime on John Kruk’s batting helmet as his ‘93 Phillies made an unlikely World Series run that was no doubt fueled by a season-long buildup of Philadelphia filth. I thought about Hall of Famer outfielder, Richie Ashburn, who often made strange bedfellows with his bats during particularly hot and heavy hitting streaks, and about Michael Jordan’s impact on baller fashion when he began wearing longer shorts to cover up the lucky Tarheels undies he hid beneath. I thought about the first (and only) time I said something stupid and blasphemous on the steps of a high school dugout–something like, “He hasn’t allowed a single hit all game,” right in the midst of a teammate’s ongoing no-no–and how the ensuing slap to the back of my scalp knocked the ball cap right off my head. And I deserved it.

At the same time, I couldn’t help but recall my own eccentricities in the realm of athletics. How I have a stone-cold set of lucky game t-shirts that I recycle, reuse, and repurpose under the relevant uniform of the day. How I’ve never, ever (not once) stepped on a chalk line on any baseball diamond on Earth or anywhere else in the universe. Like, never. How I always pop the pocket of my mitt, spit, and then cover up said spit with a swoosh of orange dirt off my spikes (each time in that exact order) before every pitch in every game of baseball I’ve ever played. How I eat a lucky bowl of ramen before every hockey game and never turn down a celebratory, adult beverage to be shared post-game with my teammates in the room.

Now I’ll admit, these actions sound pointless and stupid even to me and I’ve been mindlessly carrying them out for almost thirty-five years, hoping to pin their merits to some stroke of luck or another on the field of battle. I have to tell you, I haven’t had much success connecting the dots. I can only imagine how ridiculous these sporting superstitions must sound to the casual fan, or to people who view sporting culture as their personal kryptonite.

For those people, I’d like to throw out a reminder: superstitious leanings are by no means unique to the world of sports. Take the people of Verona, Italy for example. On a daily basis, they watch tourists line up for blocks for the chance to scribble poorly-written “love notes” to Juliet Capulet on a random wall under a random balcony that has no real connection to William Shakespeare or the fictional characters he created. And they do it all to attract true love. Or, spend Valentine’s Day in Moscow wondering why you can’t find an even dozen roses to deliver to your sweetie. Why? Because even-numbered bouquets are only fit for the dead. Like, at funerals. If you want your dozen, spend New Year’s Eve in Spain, gulping down exactly twelve, good luck grapes–one for each month in the upcoming year. I mean, the only people who knew good luck and abundance were this easy to find are the same who religiously utter the word ‘rabbits’ among their first spoken syllables of a given month. Trust me, I’m one of them. I’m also panhandling for loose changes as I write this column, so maybe I need to hop a plane to Ireland where I can magnify my fortune with the single kiss of a dirty, green rock. Ridiculous.

Oh, and while you’re at it, you might as well be on the lookout for black cats, cracks in sidewalks, all forms of ladders, thirteenth floors in any buildings, and tails-side-up pennies. Because according to the ordinary folk throughout history–the non-sporting types–these are all objects destined to turn our lives into the very pictures of catastrophe, a statement which I think we can agree holds little or no truth.

There is, however, truth and purity in human nature. Our wild, mindless superstitions are merely reflections of how we seek control in situations where there is none. They are reminders of how we want to believe someone or something out there has our backs. They are evidence of how we may recognize the irrational and still willingly practice acquiescence; of how we have, as humans, adopted a form of magical thinking to protect us from the barrage of disappointment life brings with it–that somehow the realm of the supernatural will intervene at the right moment and shift our “luck” (probably another form of superstition altogether) so precisely that we can grasp victory out of the jaws of defeat.

See, when we subscribe to the irrational, all we’re really trying to do is to think positively. No. We really are. And there’s nothing wrong with that. Somehow, at least for me, these mindless routines feel so much different than believing the world is flat, or the moon is made of stinky, green cheese, or that most celebrities are secret, lizard people. For the most part, superstition is our harmless attempt as feeble, Earthly beings to meet the short and long-term goals in our lives. It’s an admission, in a way, that we don’t hold all of the cards and that life sometimes pulls a straight-flush on us and that the simple act of being in the right place at the right time is often all it takes to find success.

So I hate to break it to you, Mr. Wonder. You’ll always be one of my heroes, but on this point we’ll have to disagree. For me, superstition IS the way.

Frank Morelli is a writer, an educator, and a beer league extraordinaire. His fiction and essays have appeared in Philadelphia Stories, Jersey Devil Press, Cobalt Review, and Indiana Voice Journal, among others. His story “In the Pen” was shortlisted for the 2015 Earl Weaver Baseball Writing Prize. He has a debut novel, No Sad Songs, forthcoming from Fish Out of Water Books.