Houston is a lot more diverse than outsiders may realize.

When I’m downtown, I like to grab my camera and walk around to take pictures. Sometimes I meet interesting people, and sometimes these people live on the street.

The homeless in Houston are as varied as the city itself. They are ex-cons, vagabond artists, ne’er-do-wells, the bottom rung of the working class pushed out of affordable housing (because of high taxes or limited financial wherewithal to fix storm damaged homes), drug addicts, economic exiles crushed by medical debt, alcoholics, vets with PTSD, and victims of domestic violence. Photography has allowed me to not only document their plight, but it has afforded me the platform to hear their stories.

Sure, there are always one or two who’ll try to hustle me for a few bucks so they can get a bottle of wine or some dope. That’s not always the case, however.

Still, I struggled with writing this column. I don’t want to treat the homeless like exhibits in a human zoo. But I do want to put faces on the statistics. Faces and maybe this time voices as well. Come closer. Listen to the snippets, anecdotes, and excerpts of the conversations I’ve had with the homeless over the past few months.

Mike may miss a meal or two on any given day, but he always carries a bottle of Louisiana hot sauce with him. “Never without it,” he tells me. 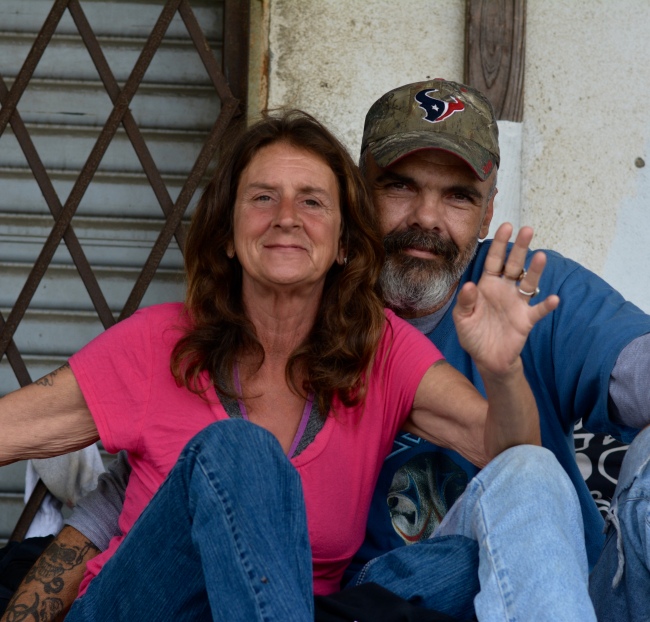 Randi and Jenny, a couple living on the street, have been homeless for nearly a decade. “Life is tough on the street. You gotta have someone to watch your back. It’s dangerous out there, but we try to take care of each other,” Jenny tells me. 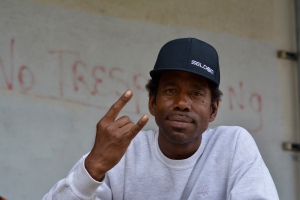 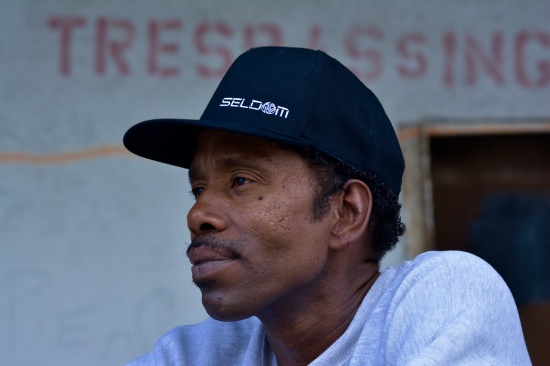 Marcus is from Birmingham. He thinks the statue of Vulcan dominating the skyline in Alabama’s industrial heartland is pretty awesome. “You gotta get a picture of that at sunset. Oh man, it just looks great.”

Anthony carries an old family bible with him. His favorite book is John, specifically the verses where Jesus said “I am the true vine.” This is what he tells me about the bible: “This was my mother’s, and her mother’s before her. This book has given us a lot of shelter from the storms over the generations.”

Damian has a bible, too. He loves the psalms. “It says that David was a man after God’s own heart. I love that about him.”

Cornelius carries an electric guitar with him. It’s as shiny as the day he got it, well before he fell on hard times. Because of it, he can get random gigs at local clubs. And that’s money to eat with. “Playing helps me out. Gets me a little extra money. Believe it or not, I love paying (hard) Rock. Now that’s music.” 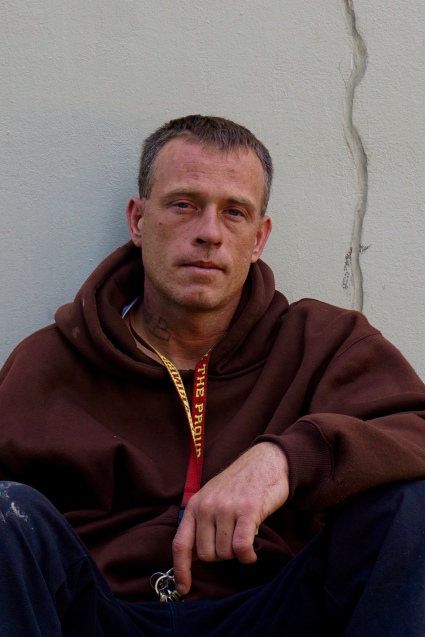 Ray Ray’s biggest fear on the street is getting West Nile. Houston’s slow-moving Buffalo Bayou waterway is an ideal breeding ground for mosquitoes in the hot and humid summer. “When you’re on the street, something like that is devastating,” he says.

Carlos has a job but still can’t afford housing yet. He’s also an artist. He draws on secondhand notebook pages, thrown out business forms, napkins, anything, in fact, with some blank space. He carries a collection of colored pencils worn down to the nub with his gear. “I love drawing, you know. Been doing it since I was a kid,” he says. 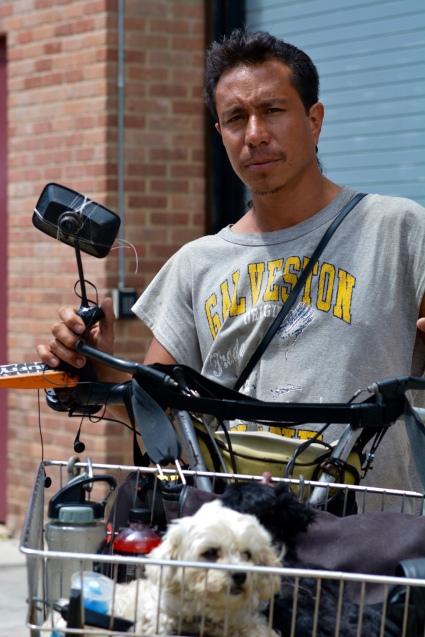 Elias rides his bike around downtown with his two dogs, Rocky and Fifi, in the front basket. “They are my family. They’re my hijos.”

It’s important to note that Houston, the country’s fourth largest city, has made strides in ameliorating homelessness. Mayor Sylvester Turner in March of this year announced even more sweeping measures to aid the homeless by securing folks more permanent housing with a program called “The Way Home,” a “coordinated housing initiative of 100 public and private organizations that has reduced overall homelessness by 57% over the last five years,” according to a statement from the mayor’s office.

The program is seeking to do even more. And at a broader, national level, the US Department of Housing and Urban Development offered this key data in its 2016 Annual Homeless Assessment Report (AHAR) to Congress: 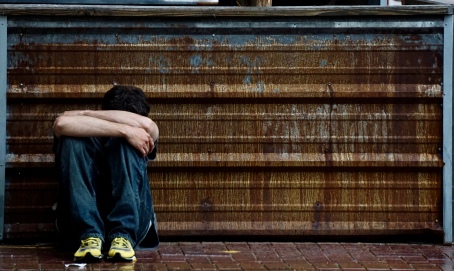 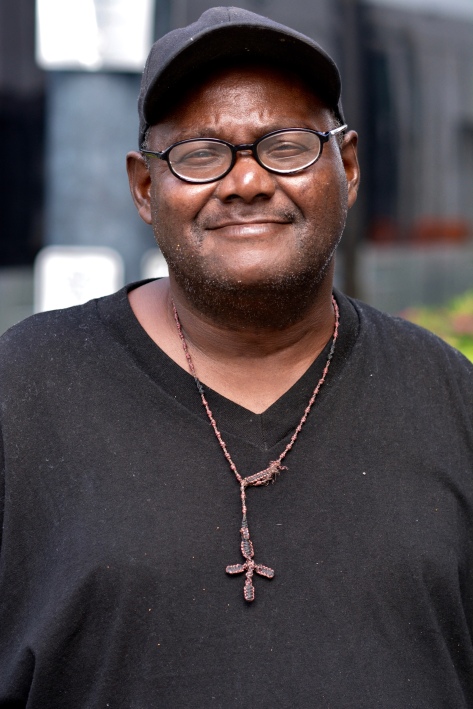 Tom Darin Liskey spent nearly a decade working as a journalist in Venezuela, Argentina, and Brazil. He is a graduate of the University of Southern Mississippi. His fiction and non fiction have appeared in the Crime Factory, Driftwood Press, Mount Island, The Burnside Writers Collective, Sassafras Literary Magazine, and Biostories, among others. His photographs have been published in Hobo Camp Review, Roadside Fiction, Blue Hour Magazine, Synesthesia Literary Journal,and Midwestern Gothic. He lives in Texas where he tells his children that he has done worse things for less money.

More work by this artist: