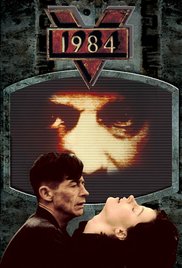 Nearly 200 theaters around the country will screen “1984”tonight in protest of the Trump administration. “Orwell’s portrait of a government that manufactures [its] own facts, demands total obedience and demonizes foreign enemies has never been timelier,” say organizers for the event, adding that the screenings encourage theaters “to take a stand for our most basic values: freedom of speech, respect for our fellow human beings and the simple truth that there are no such things as ‘alternative facts.’”

The film stars the late John Hurt as Winston Smith, a propagandist tasked with rewriting history to align with the dictates of the Party and its omniscient figurehead known as Big Brother. The timing of the screenings is not random: April 4 is the date of the first entry in Smith’s resistance diary.