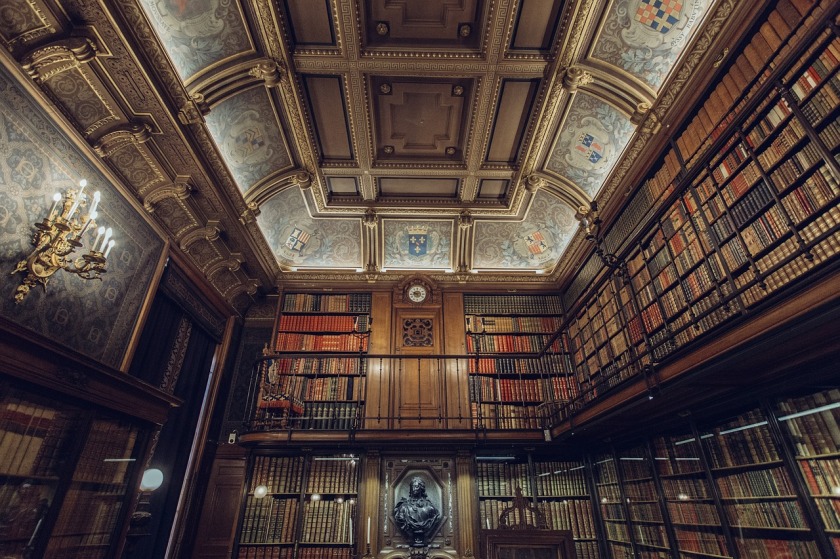 The National Endowment for the Arts has released the selections for the fiscal year 2017 grants and fellowships, including 37 poets, a number of presses, and several literary magazines too, including Copper Canyon Press and Electric Literature. The NEA alternates the creative writing awards each year from prose to poetry, and this year it was the poets’ turn. Congratulations to all!

Trinity College Cambridge received a donation of 7,000 rare books. There are multiple rare books in the donation, but that is not the most impressive part of the donation. Many of the books had handwritten letters between their pages, including letters by Charles, Florence Nightingale, Henry James, and more.

Keeping with the theme of rare books, the University of Minnesota Libraries received an $88,000 Minnesota Historical and Cultural Grant recently. The grant will allow them to increase access to the archives of three pivotal Minnesota poets and one premier literary press: Robert Bly, Margaret Hasse, Bill Holm, and Milkweed Editions. The library plans on digitizing the materials throughout 2017.

Six-year-old EJ Bonilla loves to read and write. In 2015, he won a Moonbeam Book Award for his first self-publication, EJ’s Awesome Adventure in Atlanta. Then, on a visit to the Whitehouse he met President Obama, inspiring his second book, EJ’s Exciting Road Trip.  He’s now motivated to help other kids read and write and is hoping to continue writing and publishing a series of his adventures. Here is a video published earlier this year explaining EJ’s story. He begins with:

“I want to help kids to write their own books to change the world I live in.”

In an article published this week at the EUobserver, novelist, essay writer, and a founding member of the European Center for Foreign Relations (ECFR), Elif Shafak speaks about the importance of the EU maintaining a dialogue with Turkey’s political leaders and its people. She currently lives in London and has not been back to Turkey since the failed coup in July of this year. With crackdowns on journalists and other writers increasing, Shafak says,

“Your words can be distorted by pro-government papers, completely taken out of context and used against you. You can be slandered, demonised, stigmatized, almost lynched on social media by pro-government trolls. You can even be put on trial, arrested, even imprisoned or exiled.”

Emphasizing that isolationism “plays into the hands of populism,” dialogue with both the government and the people of Turkey must continue for the sake of freedom of speech, rule of law, and human rights. Find the extended conversation here.

George R.R. Martin just announced he is releasing his next graphic novel on July 4. It is the third graphic novel adapted from a series of three novellas called Tales of Dunk and Egg. Unfortunately, there is still no news on the Winds of Winter release date yet.

Philip Roth recently stated that upon his death, his personal book collection, which includes over 3,500 books, will be donated to the public library in Newark, N.J. Most author’s book collections go to the libraries of elite colleges, so Newark’s library is pleasantly surprised at this announcement. The library is currently trying to raise $4 million to build a space to house the books.

Learn to Write for TV from Shonda Rimes!

Welcome to Shondaland. Yes! The Shonda Rimes is leading a class starting in 2017 that will include exclusive content like pilot scripts and Grey’s Anatomy pitch notes, and more than five hours of videos. If you want to learn more about writing for television, this is a great opportunity!

A New Home for LGBTQ Literature

After Brexit, Will the Novel Suffer?

15 Of The Most Anticipated Poetry Collections Of 2017