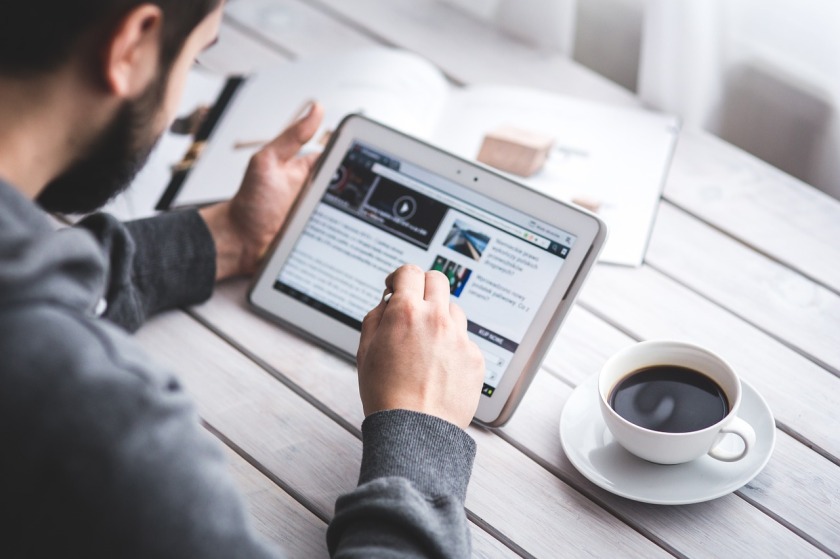 In case you were immersed in all things political recently, you might have missed the news that Roxane Gay will be teaming up to write with Ta-Nehisi Coates for Marvel’s new Black Panther series. How cool is that? This piece at The Root gives us a preview of what Gay’s focus will be — primarily with two female members of the Black Panther’s security team.

Chuck Palahniuk is coming out with an adult coloring book. The author of Fight Club is working with Dark Horse Books, and it is definitely not filled with delicate flowers and flowing waterfalls designed to make anvils of stress fall off your shoulders. The new endeavor is, as Palahniuk told Mashable, “a book about contrast. It’s grown up stories told in a child’s medium.” Bait will be released on October 26 of this year.

The love of reading books continues to spread across Somalia with two recent book fairs, and one upcoming in Mogadishu very soon. In this article at Quartz Africa, Abdi Latif Dahir describes the growing popularity of reading across the country, and the breakaway region of Somaliland, within the context of a war-weary population reaching toward stability and growth.

The Washington County Jail in Arkansas has labeled books as weapons. Yes. Not for their content (though that is screened as well) but for their actual substance. They have now mandated standards that the books that enter the jail cannot be more than 8” x 9”, and no more than 2” thick. As per Capt. Yates, quoted in this article, “A device of this size could be thrown in the face of an officer or another detainee, to distract them. Very sharp points that were made out of paper. They get the paper wet and they mold it into items…they wet pieces of a magazine or a book, made it into a hard ball.” They have also recently banned newspapers because the inmates “were using them to make things, and were cluttering their cells.”

And this one too…

A Martinsburg, West Virginia, librarian is in big trouble. On the job since January of this year, the library director is facing protests from the community for allegedly destroying thousands of books, as well as being accused of falsifying her resume, among other complaints. Check out the story, including a video with a reference to Bradbury’s Fahrenheit 451 here.

The literary world lost two talented leaders this week. Read about the life and work of Mahasweta Devi and James Alan McPherson.

Keep up with your global literary news here every Monday. And…Big news! The new issue of Change Seven will be published tomorrow: August 2nd!

Laurel Dowswell is the Features Editor at Change Seven. Her short story “I Am theEggman” was nominated for the 2016 Pushcart Prize. She was a copy editor for an independent feminist newspaper in Santa Fe, NM, after being raised and educated in Florida. She lives and writes in Georgia, just outside of Atlanta with her son. She is currently working on a novel filled with oil paintings, family drama, and the spectrum of sexuality. Follow her on Twitter @laurels_idea.