Writers, Readers, and Publishers Converge at the London Book Fair

The London Book Fair brought thousands of book lovers from all over the globe on April 12th-April 14th. From publishing industry panels to author seminars and agent one-on-ones, this fair brings a lot of excitement to Olympia, London. What a weekend for the global literary community! Here’s a quick video highlighting some of the thoughts of the festival goers: 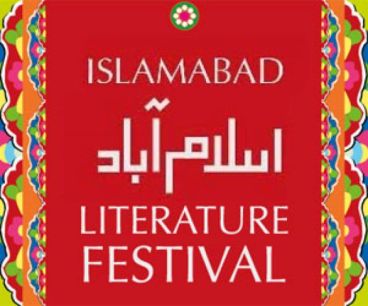 Return Your Library Books or You Might Go to Jail

Yes, this is happening, folks.  A Michigan woman is facing up to 93 days in jail for not returning a Dr. Seuss library book she checked out the summer of 2014. She found out earlier this year she might be charged with a crime, and tried to pay the late fees and the cost of the book, but it was not accepted because she didn’t pay an additional fee.  Her husband also faces charges for a book he lost and returned eight months late. They both pleaded not guilty and are currently free after posting $100 bonds. Return your library books!  You have been warned.

Neil Gaiman  is writing a script for a miniseries based on the book, Good Omens: The Nice and Accurate Prophecies of Agnes Nutter, Witch, his  collaboration with the late Terry Pratchett.  Previous attempts to adapt the book to film have failed, though a radio play from BBC 4 came to fruition last year.  I wonder who they may cast in this fantasy/comedy?

A Lit Fest in Scotland at the Historic Callendar House

Landwords, the first part of a two-weekend fest taking place in Falkirk, Scotland, took place over the weekend as well. The events were located in and around the historic Callendar House, which was founded in the 14th century and redesigned in the 19th. Events focused on both the written word and a variety of other creative activities including a nature walk and writing workshop, building a giant collage of Callendar House, and a printmaking session for children.

BenBella Books, a small press based in Dallas, Texas, is publishing a book by Rachel Dolezal about the subject of race. Dolezal, a previous president of the Washington NAACP, was engulfed in controversy last year after it was made public that she was white. What is your take on this story? Feel free to leave comments about this piece, or any of our other news pieces in our comment section below.

This Eighth Grade Writer is One to Watch

Natalee Anderson, an eighth grader in Elko, Nevada, was recently awarded a Silver Key from the Scholastic Art and Writing Awards  for her essay that included the topics of nihilism and self-identity. Natalee also writes short stories and science fiction pieces.  I found this story while searching for the latest news, and wanted to showcase a young writer in our roundup this week. Click here to read the full story in the Elko Daily Free Press, and to see an adorable pic of this stylish and talented youth. Perhaps a future Change Seven contributor?

Like this news? Catch up on what you’ve missed in the world of literature here.